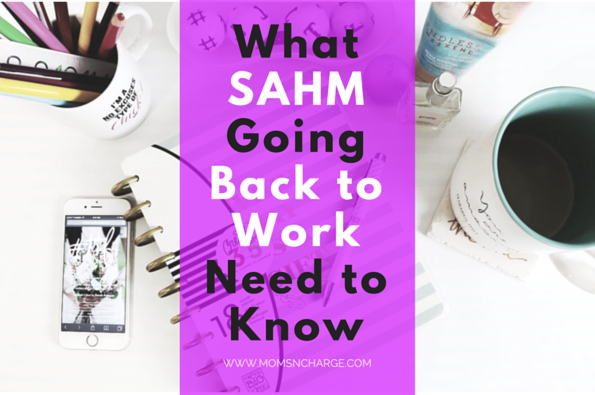 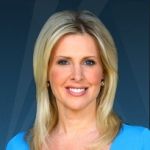 I had the wonderful pleasure of interviewing Cheryl Casone about her first book that was recently released called “The Comeback”, and discuss how moms can successfully re-enter the workplace. Casone is a reporter and anchor for the Fox Business Network, focusing on jobs, the economy, and women in the workplace. For the many moms out there who think they’ll never have to go back to work, Casone’s research and the resulting book shows that no one is immune to “life”, and that sometimes involves having to go back to work. Here’s how the journey of the book began.

What drove you to write this book?
I’d done hiring segments for a few years for a general audience. I talked to a publisher about doing a book based on these segments but for a specific audience because I wanted it to be impactful. Elisabeth Hasselbeck, who used to be a host of “Fox & Friends”, and I were sitting at a commercial break when she said to me “Cheryl I know all these amazing women that are mom friends of mine. They’ve stayed home for a few years, they’re educated, they’re smart, they’re really incredible, and yet they can’t find work. It doesn’t make sense to me. Do you know anything about this?” I said I don’t, but that I’d do some research. So this book came out of something I was originally looking at doing as a story.

And as it turns out, I had that mother. My parents divorced when I was 4 and my mother had to go back to work, so she was a comeback mom. I write about her in the book because I found in my research that so many moms felt guilty about leaving their kids at home, they felt that their little ones were missing something. It turns out that your kids can be pretty amazing. I hope I’m one of those stories, I think I am as I’ve been pretty successful. Once the moms I interviewed went back into the workforce, they discovered that they were leading by example with their children. They were achieving and succeeding and finding happiness and being fulfilled at work. And their kids picked up on that and were inspired about that. There was even a mom who told me that her kids told her to go back to work, lol. So there’re different stories. I interviewed over 100 moms, and there’re all different reasons for them to go back.

Do you have any children yourself?
No! That’s the funny part of all of this, that I don’t have kids. I was a little apprehensive about doing a whole book on it because of that reason, but what I found is that I was meant to be the reporter on this story, I was meant to be the journalist that was going to tell these women’s, these mom’s stories in an objective way. What I brought to the book, not just from having a mom who did this, who was a successful, amazing, powerful mother who inspired me; but I can be fair in the story, I don’t have any personal involvement or agenda. I can objectively as a reporter tell the truth about the story, about the moms and how they did this. And also, for me, it just became a passion project because it was so inspiring. The way that these women juggle looking for a job and being a mom and dealing with all of the challenges that they face because they’ve stayed home for a certain amount of time, I found just incredible.

What did you find was the number one reason moms went back to work?
It was a mix. At least half of the women I interviewed never planned to go back. They never thought that they were going to have to go back to the workforce. They planned to be stay-at-home, full-time for good. And life changes, things happen, spouses lose their job, spouses pass away, and people get divorced. One of the moms I interviewed, she enjoyed working. She and her husband were both in the military, they were both pilots in the military, and she enjoyed her job. But they were getting moved around the globe a lot as their deployments kept changing, and her husband said, “I’d really like it if you retire from the navy and stay home with the kids.” And so she agreed but then 5 years later she found out that he was having an affair. [Insert gasp emoji] She didn’t even want to stay home, but she did, and 5 years later she had to go back to work

What were the mother’s number one concern about going back to work?
The gap on the resume, that was everyone’s concern. “How do I explain that I’ve been out of the workforce for x-number of years?”

I personally thought it would be, getting used to a new routine or something along those lines and didn’t necessarily think about the resume part. So I then asked:

Does “motherhood” reflect negatively on a resume? 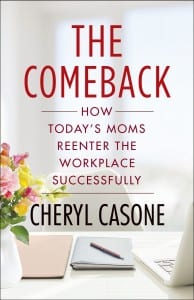 No, it doesn’t! And that’s the misconception, that if you have a gap on your resume, it’s a bad thing. It’s not. It’s how you
characterize the gap. You can’t lie, and there’s no reason to, cause you’ve been a mom staying home with your children, that’s an amazing gift to your kids. That’s a job! Staying at home and being a stay-at-home-mother is not a vacation, and the old thinking used to be that that’s vacation, and luckily I didn’t find that workplaces think that way anymore. They realize that it’s 110%. In fact being a stay-at-home-mother is a harder job than being in the corporate world a lot of the women told me.

Part of what I brought to the book was my career advice for people, and my advice for the resume is to put your skills at the top and put the dates of employment lower on the resume. Because the resume is about you, and about what you bring to the table, and you’re bringing a lot of things. And those are skills that need to be categorized and shown first, and those become talking points for the interview.

Someone like myself, currently a SAHM, I was in the financial industry where regulations and standards always change. How would you advise someone in a similar situation to remain competitive in the workforce, having been out of it for a long time?
One of the key things, especially when it comes to technology, is to be current on technology. That’s as simple as being connected and staying relevant in your industry. Even though you may or may not return to that industry, you want to keep your name out there. Part of that is social media believe it or not. Facebook, LinkedIn, Pinterest, and Instagram; those are social networks. They’re social, but they’re networks, and that’s one way you can connect to people in your field.

The second thing is that you want to keep abreast of…say that you’re on Twitter, I think Twitter is a great thing because it keeps you connected to different industries and different groups of interest, so say that you did come from the financial regulatory world, or compliance; you follow people that are in that business and follow periodicals or companies that are in that business because that helps you to keep abreast of what conversation is happening out there. That’s where social media can be such a great asset, and again, your name is still out there. You’re retweeting, and you’re replying on Twitter, you’re sharing on Facebook, and you’re posting; so you’re never out of the game mentally. Now, your certification that you need to renew every year, absolutely renew them. Even if you don’t know if you’re going to go back into that field. Because it’s much harder to have to go back and re-do the certification for those programs.

One of the women I talked to, she was in the medical field actually, but she had left her medical certifications in California expire. She didn’t think she was going back to work, but she got divorced. That was an unexpected turn for her life. Not only did she have to go back to school, she had to go back to school in a different state because she was so far behind in her certification in her medical field.

So I asked: Would simply renewing the certification every year suffice?
Yes, in California, if she would’ve kept those renewals going every year, she would’ve been ok. She and her kids ended up having to move back to, I think it was Michigan, where she had family because she had to totally go back to school, which was expensive. And it didn’t have to be that way.

In Canada and other parts of the world, maternity leave is one year. Is that something that would work in the American corporate infrastructure?
I’ve been speaking to a lot of companies, I interviewed a lot of HR people for the book in particular, off the record, and I found that culture in the United States is changing. The U.S. is far behind other countries already when it comes to parental leave, maternity leave, family leave. We’re behind! We really are behind. But American companies that I connected to are now realizing that it’s a better thing for the employee. It’s better for the company to retain an employee and give them more time at home. It’s better to give 4 – 9 months for maternity leave, better to give that employee that time, than to say you have to come back to work. It makes for a more productive employee. This has to be a win for both sides. It has to be good for the company, it has to be good for the employee, the mother. They’re understanding that now. They didn’t a year ago, they’re getting it now. Which is a good thing.

“The Comeback: How Today’s Moms Reenter the Workplace Successfully” is available for purchase online and in bookstores. For more details, check out cherylcasone.com. You can also find a quiz on the website aimed to guide you and give a sense of where you’re at in your decision making process to go back to work, and kind of where your road may take you. It’s a tool to help focus women who are in this situation right now. Follow Casone on Facebook and Twitter

Enter your email below and grab your FREE guide on 5 tips & strategies to conquer mompreneurship , designed to help you create, implement & knock out your goals (no more hoping & wishing).
Trust me, we hate spam as much as you do. So pinky swear your info is safe here.
12 Comments
By Violette Willis 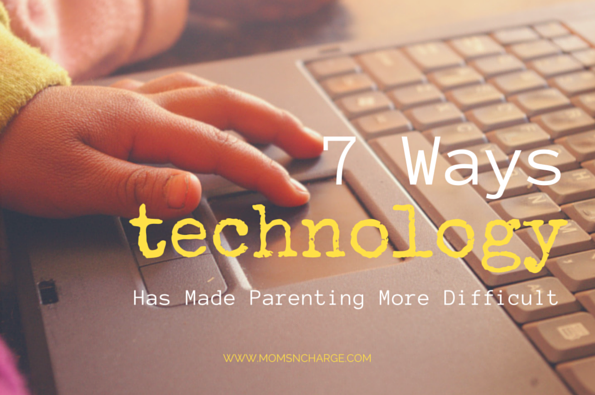 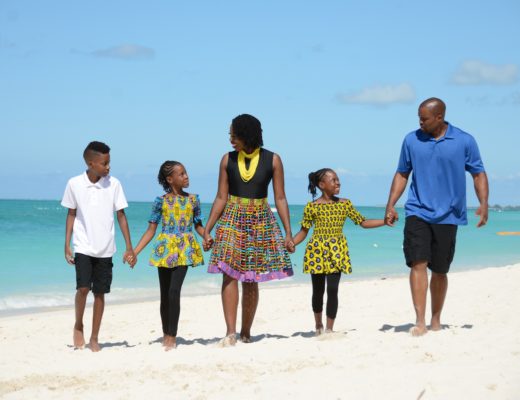 6 Things I Want More of in the New Year 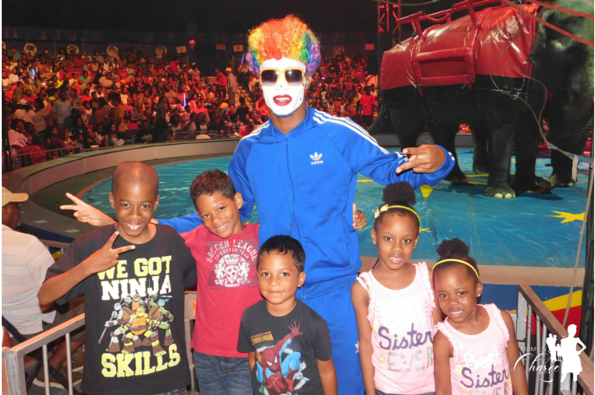