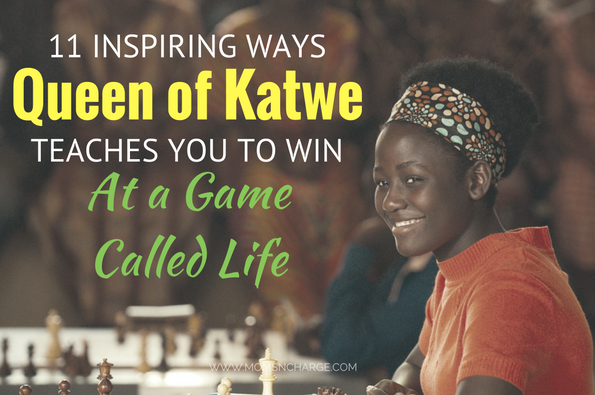 Unless you’ve been living under a rock, then you know that the Queen of Katwe movie is opening in theaters nationwide THIS Friday September 30th! And if you’ve been following this blog or on social media, then you know that I’ve had the opportunity to see this film three times. Yes, three (thank you Disney)! And I still can’t wait to take the family to see it this weekend. You can check out my red carpet premiere experience here. 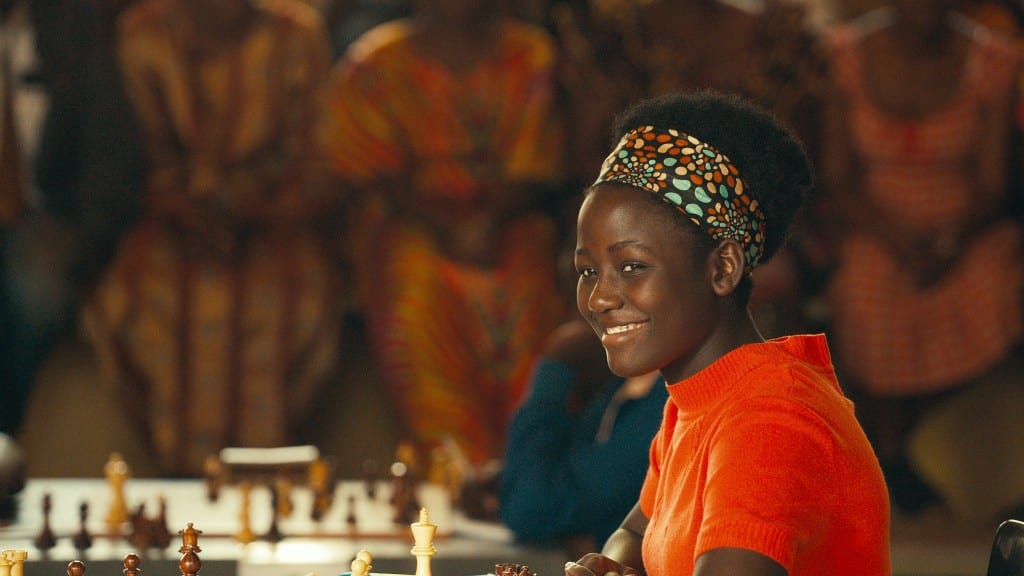 Madina Nalwanga is Phiona Mutesi in Disney’s QUEEN OF KATWE, the vibrant true story of a young girl from the streets of rural Uganda whose world rapidly changes when she is introduced to the game of chess. David Oyelowo and Oscar (TM) Lupita Nyong’o also star in the film, directed by Mira Nair.

This film will inspire not just youth but adults like me and you alike. The story is about hope, and about a mother who never gave up on her children despite the circumstances. This film is filled with inspiration and determination.

So I decided to share these 11 Inspiring Ways Queen of Katwe Teaches You to Win at a Game Called Life:

1. Where you come from does not define where you’re going

Many times, we look at what we lack or our present circumstances, and we believe that is the best that can happen to us. We don’t know that there is so much more we can achieve because we’ve never seen it. Queen of Katwe proves that it doesn’t matter where you’ve come from. You can achieve way more than what you’ve been conditioned to believe you can. 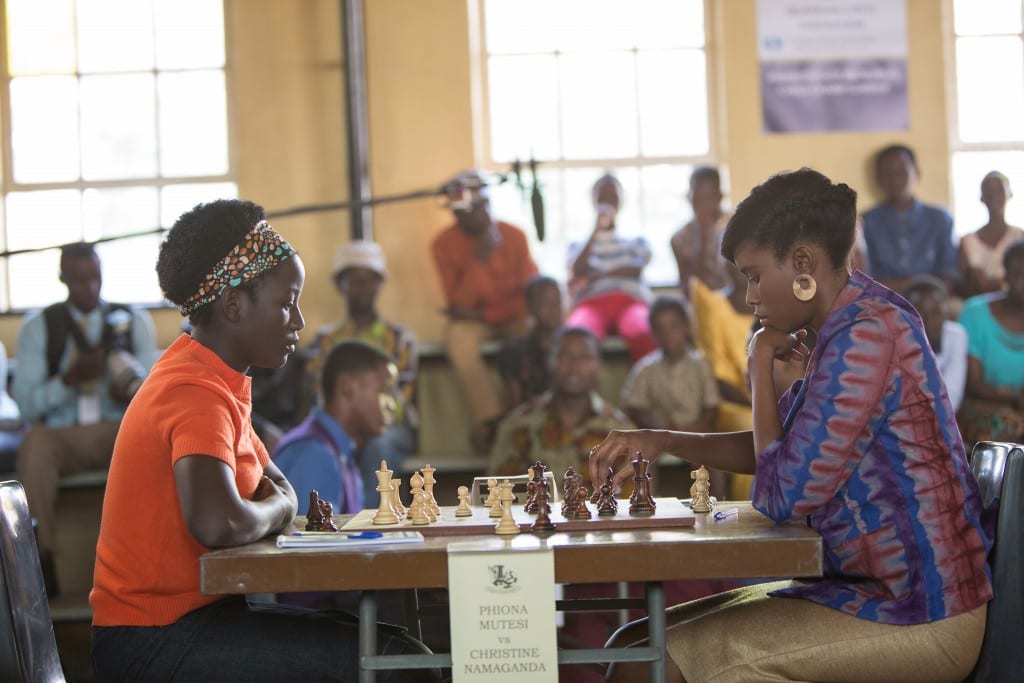 2. You belong where you believe you belong

People will doubt you. They will judge you and call you names based on your appearance or what they perceive. But you belong where you are and where you believe you can go. No one can get you where you’re going on their belief alone. Your belief is what matters.

Hebrews 11:1 says: “Now faith is the substance of things hoped for, the evidence of things not seen.” No matter what, you can’t give up. You will lose at times, you will fail at times. But failure will only teach you how to play the game of life (or chess) better.

4. Dream bigger than you think possible because it might just come true

We hear it all the time: Dream BIG! But what does that really mean and how do you dream for things you can’t imagine? The Queen of Katwe movie defines what it truly means to dream big; to go after something that’s never been done or that no one else can imagine for you. 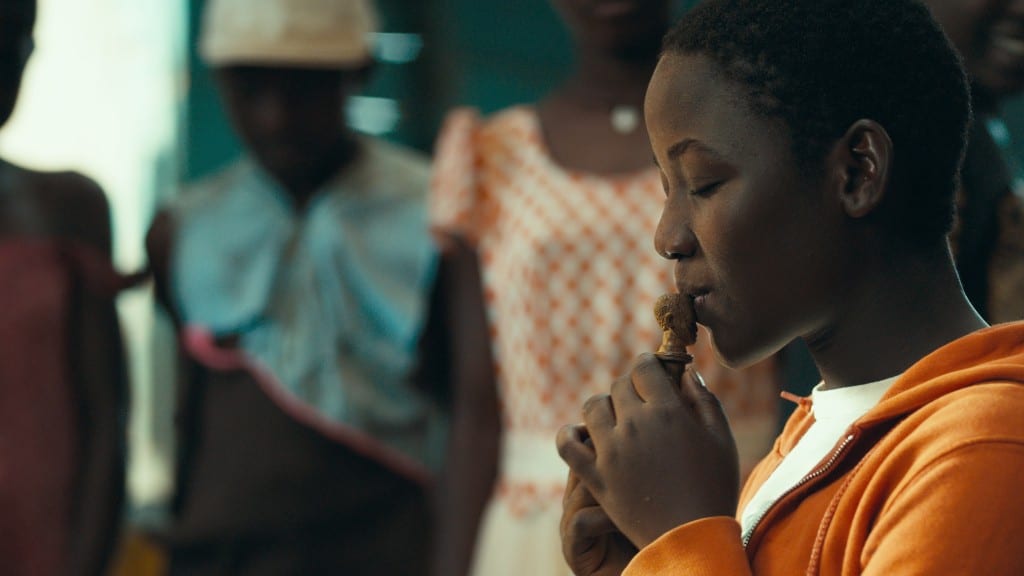 5. Stay focused on the destination and not on the journey to get there

It is so easy to lose hope. It’s easy to get discouraged when something we’ve dreamed for looks as though it’s slipped from our hands. It’s easy to give up when there is turbulence and setbacks along the journey. But if you only focus on the setbacks, you can never get to the destination. You don’t have to worry about how you’ll get there, just that you will get there if you stay focused.

Also related: Waiting for the next door in life to open

6. Above all, family is everything

What I loved about the Queen of Katwe movie is the constant messaging of the importance of family. Even if you’re the one that has done the rejecting, your family is the one that will be there to pick up the pieces. Family is not just about sharing the same blood or DNA, it’s also about the support, love and encouragement you get from those who come into your life at the right time. 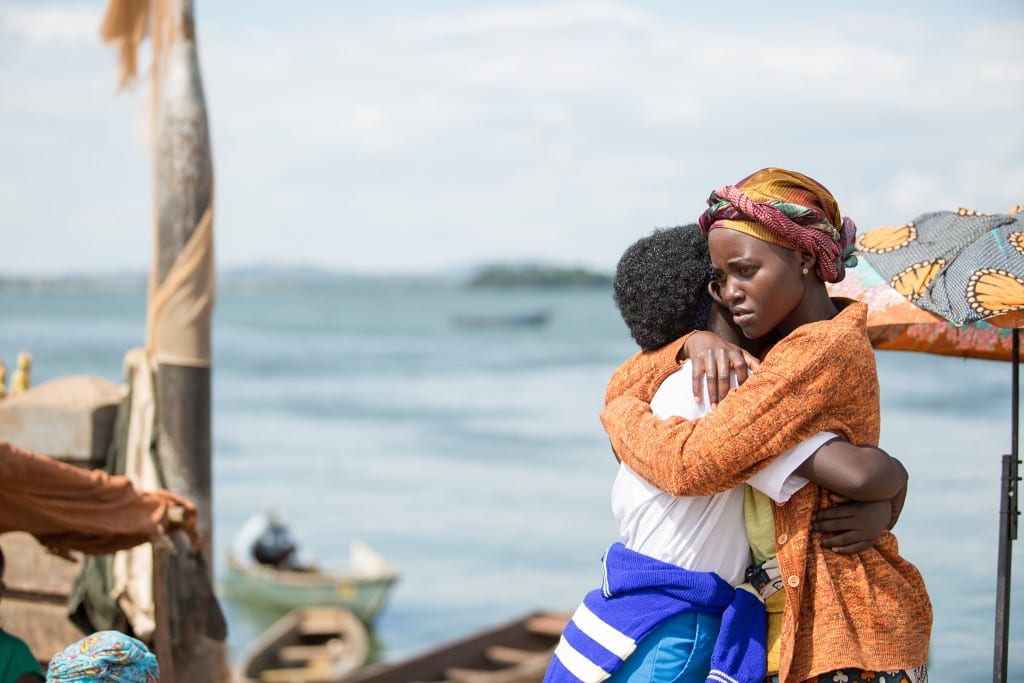 Oscar (TM) winner Lupita Nyong’o and newcomer Madina Nalwanga in Disney’s QUEEN OF KATWE, the vibrant true story of a young girl from the streets of rural Uganda whose world rapidly changes when she is introduced to the game of chess. The powerful film, which also stars David Oyelowo and is directed by Mira Nair, will be released in U.S. theaters in September.

7. Staying in your comfort zone can keep you from winning

8. Your gift will make room for you to soar

Just like the “small one can become the big one” in chess, this can also happen in life. I don’t know about you, but I’m always rooting for the underdog. I truly believe that everyone has a gift. Even if you don’t know how to use it or where it will take you, it will make room for you to reach new heights.

Too often we’re paying attention to what everyone else is doing. We look at successful people and think: How could I ever get there? And then somehow we believe that if we’re more like them, we’ll be more successful. Queen of Katwe proves that winning is not about fitting in. It’s about showing up authentically and doing what you do best. 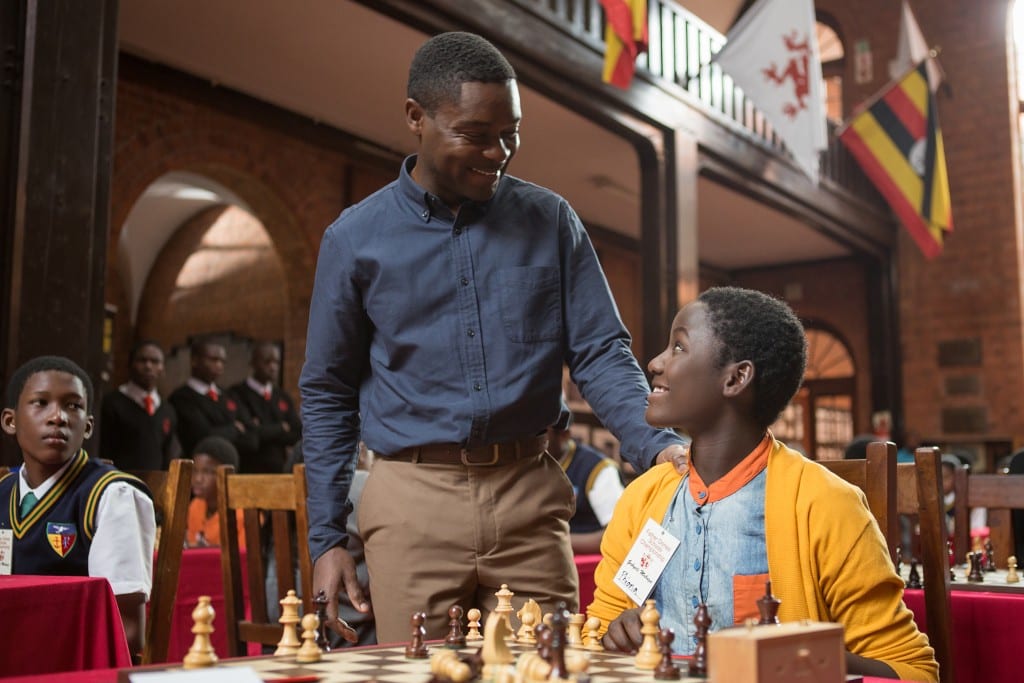 David Oyelowo is Robert Katende and Madina Nalwanga is Phiona Mutesi in in Disney’s QUEEN OF KATWE, based on a true story of a young girl from the streets of rural Uganda whose world rapidly changes when she is introduced to the game of chess. Oscar (TM) winner Lupita Nyong’o also stars in the film, directed by Mira Nair.

10. When it comes to winning in life (and chess), create a plan of attack and focus on that plan until you get there

One of my favorite quotes is: A goal without a plan is just a wish. How many times have we added something to our vision board, or list of goals only to come up short? You see, it’s not enough to just daydream about what you want. You have to dream it, believe it and then create a plan of action in order to achieve it.

11. You don’t have to compromise your integrity in order to thrive

Integrity is everything. What you do when no one is watching is more important than what you do when everyone is paying attention. Staying true to your values and your morals is what will take you far in life, and open up doors no one can close.

Check out the official trailer for the Queen of Katwe movie below:

The Queen of Katwe is not just about chess. In fact, you don’t even have to know how to play the game to fall in love from the moment the opening credits roll. This film is about becoming a champion in life. Who doesn’t want to do that?!

Finally, there is a movie about my country of Uganda, about Africa, that doesn’t focus on war, hardships or dictatorships. And you should go and see it.

QUEEN OF KATWE is now playing in SELECT theaters and will open nationwide on Friday September 30th. Go out and see it, and take the entire family! 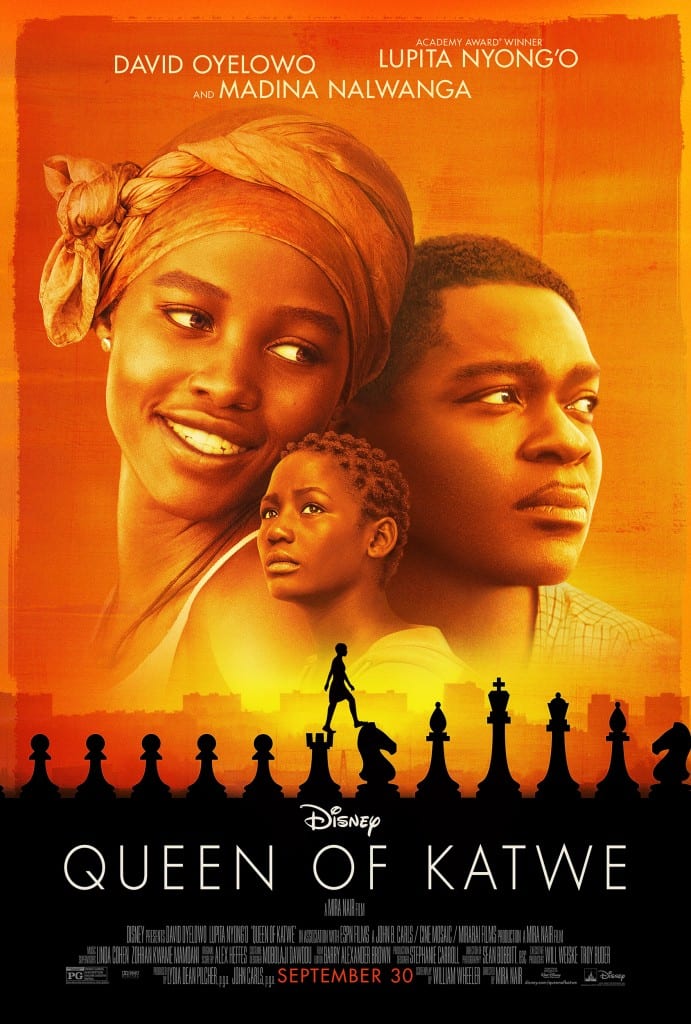 Disclosure: On behalf of Disney, I was invited to attend an all-expense paid trip to cover the world premiere of Queen of Katwe, as well as other press events. As always, all opinions are my own. All photos courtesy of Disney.

Enter your email below and grab your FREE guide on 5 tips & strategies to conquer mompreneurship , designed to help you create, implement & knock out your goals (no more hoping & wishing).
Trust me, we hate spam as much as you do. So pinky swear your info is safe here.
6 Comments
By Christine St.Vil 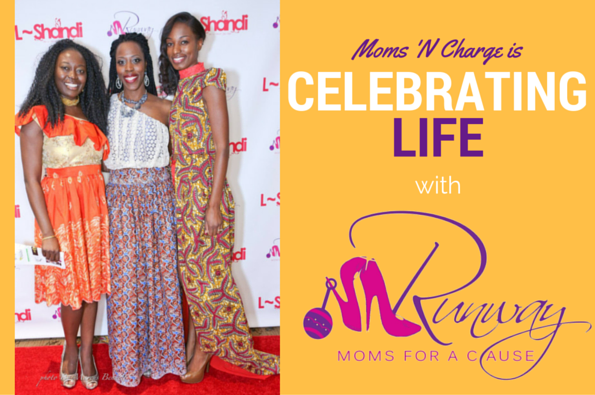 My Birthday Wish: Help me Save Lives with Runway Moms For a Cause 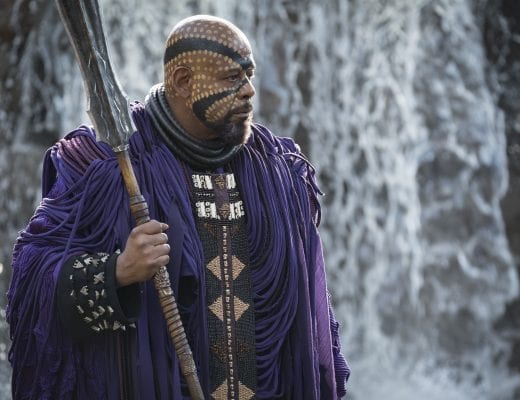 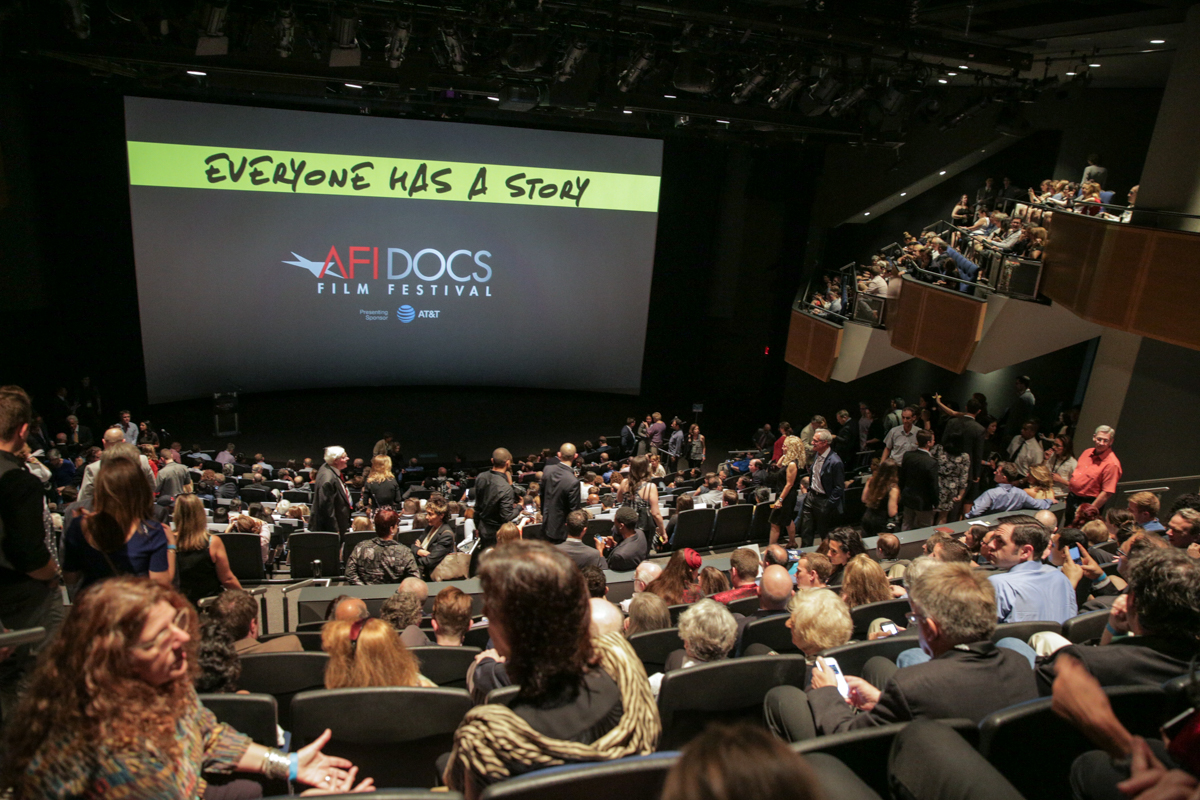 AFI DOCS Film Festival 2016: Everyone Has a Story