If you missed it, last week I shared Part 1 of my interview with Rebecca. So be sure to check that out and then come back and see what she had to say in Part 2. 🙂 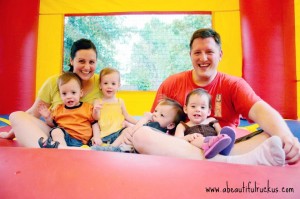 C: What is the best thing about instantly becoming a mother of four?

REBECCA: I have two parts to that question. The mommy answer is that I love walking back into the house after being out, and having all the kids so excited to see me. Myself and their daddy are their most favorite people in the world, so it’s exciting to see them run up, smile big, and want to be held. It is so much more rewarding now that they are no longer infants.

My personal answer is that I’ve gained some extremely close friends through having quads. People who I didn’t even know (personally) were at our house, sleeping on our couch and volunteering through the night. Those people are now my best friends. They have seen me during my most emotionally draining period of my life. They have walked through those tough moments with me, loved me through those moments, watched my kids grow, encouraged me, and came over at the drop of a hat. These people are lifelong friends. “Fluffy” friends don’t stick with you through something like this.

C: What’s the hardest thing about being a mother of quads?

REBECCA: The pregnancy and NICU were extremely difficult. I don’t think any parent should have to sit next to their child in an isolate watching them on a ventilator. I had all four on a ventilator and my boys would quit breathing on me regularly. The doctors and respiratory therapists would come rushing in…that was awful. Now that we’re over that hurdle, I don’t mind people who say, ‘Do you mind if I ask you a question’? But what I do mind are people who are rudely nosey. There was a security guard at my husband’s job, whose first question for me after having the quads was whether or not I’d had my tubes tied! That is a very personal question. So sometimes it’s hard to maintain politeness when people are just flat out rude. And there are some extremely rude people out there. It’s not as if you set out to try and have quads. You just don’t. Some of the snide and snarky rude remarks we may get can sometimes be a little hard to swallow.

It’s hard not to feel like there’s not enough of you to go around on a daily basis. I think every mom, regardless of how many kids you have, feels that way to some degree. But it’s hard when you have four kids under the age of two who all want to sit on your lap at the same time.

C: Do you watch the “Six LIttle McGhees” or other similar multiples reality shows? If so, how much can you relate to those parents?

I’ve actually never seen their show, but I definitely appreciate you not asking me if I watch Kate Plus Eight or Octomom (*laughing*). I laugh now because I used to watch John & Kate Plus Eight, and all of these reality shows, and I used to wonder how in the world those families managed. And now I’m on the other side of that. So although I don’t watch the show, I can relate to them as a higher-order multiples parent. However, they have six, which I’m sure is completely different from four, which is completely different from two. We would probably be on the same page on a lot of things, but they have more that they have to contend with than I do. 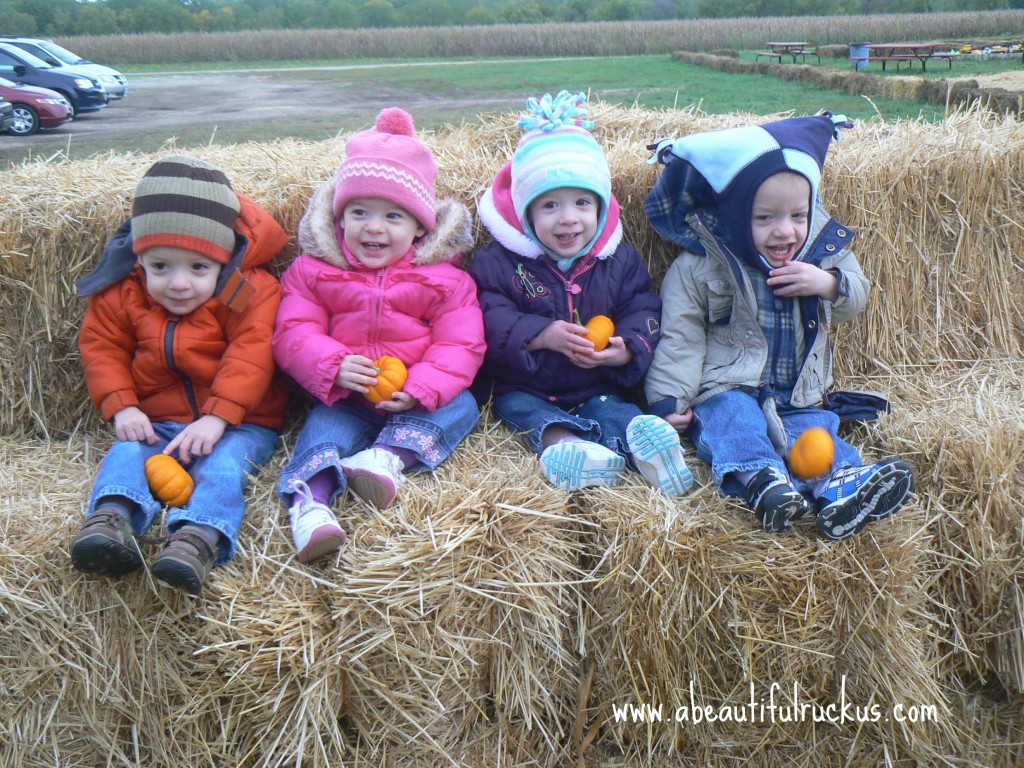 C: What advice do you have for other moms expecting multiples?

REBECCA: People are going to want to help, but they’re not going to know how unless you can be specific about what you need. So if they are asking, then answer the question and be specific. On the flip side, sometimes people want to help but they are not as helpful as you need. So I think parents of multiples have to be aware that when you bring home a set of multiples, it will be one of those ‘just get through the day’ types of things. You are barely surviving, so you need to say exactly what you need. If there is something going on that is not helpful, then you need to cut that and figure out the best way to survive. The communication between spouses is also really important because there are in-laws in the picture as well. I see a lot of issues come through the multiples groups that I’m in with people who get off of the same page as their husband, are having in-law issues, or friend issues. So if you lose everything else in your entire life, then just hang on to the communication portion of it.

C: How do you and your husband find time to spend together?

REBECCA: It’s hard. But it is intentional. If you wait for it to happen, it’s not going to happen. Anyone who is married knows that you have to work at a marriage. We go on a date maybe once every two to three months. And when I say ‘date’, I mean actually leaving the house, dressed up to go to dinner. But we make it a point to have breakfast together several times during the week. We eat dinner together (even if he’s going to get home late from work, I wait for him). We watch shows together in the evenings, talk about everything, text back and forth throughout the day so he knows what’s going on. And this is because I want to make sure I spend time with my husband. We make a really solid effort, even if it’s only for five minutes, to connect everyday just to talk. My personal conviction is that if the parents aren’t stable, the family unit isn’t stable. So I consider the most important unit in our house to be my relationship with Sean. The relationship that we have with the kids is secondary.

C: What recommendations do you have for moms of multiples that are looking for support groups?

REBECCA: Check for a local organization where moms meet together in person. A lot of times they will have consignment sales and play groups. Those moms would be really helpful because they are there in real time. Another place to look would be on Facebook. I’m in one local group, four FB groups, two twin groups, two triplet groups and a quad group. I use FB as a way to get ‘out’ and meet other multiples moms. If someone has a higher-order multiples pregnancy (meaning three or more), there are special groups that they can join. There’s a national triplets organization. There’s a private quads FB group which is very difficult join. This is due to issues with the moms having strangers steal their photos and impersonating them. So a lot of these higher-order multiples groups are secret: not to keep out other multiples moms (as they actively go out and look for them), but it’s just to keep people from coming in and impersonating us. I would also advise that they start networking with other moms of multiples of any number. Chances are, they will be able to connect you with someone who has more. The quads group that I am a part of actually sought me out, and asked me to join the group.

A special thank you again to Rebecca for sharing her powerful story and beautiful family with us. Do you have questions for Rebecca that weren’t covered in this interview? Be sure to leave them in the comments section, or connect with her on her blog at A Beautiful Ruckus. You can also connect with her on Facebook, Twitter, Pinterest and Instagram.

My FREE Gift to You: One Ticket to the Get RADICAL Conference! 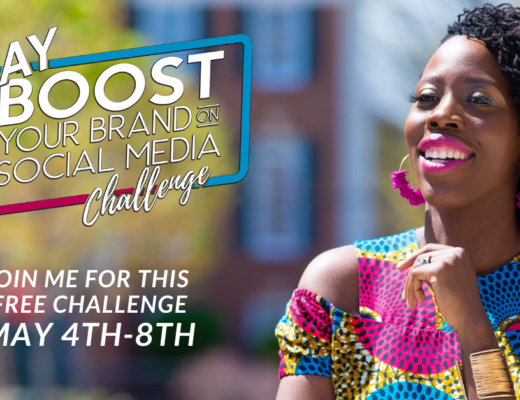 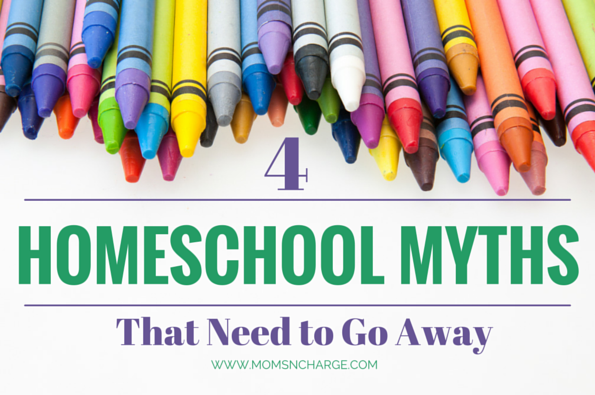 4 Homeschool Myths That Need to Go Away