Fighting Childhood Cancer: Celebrities Come Together for a Celebration of Hope 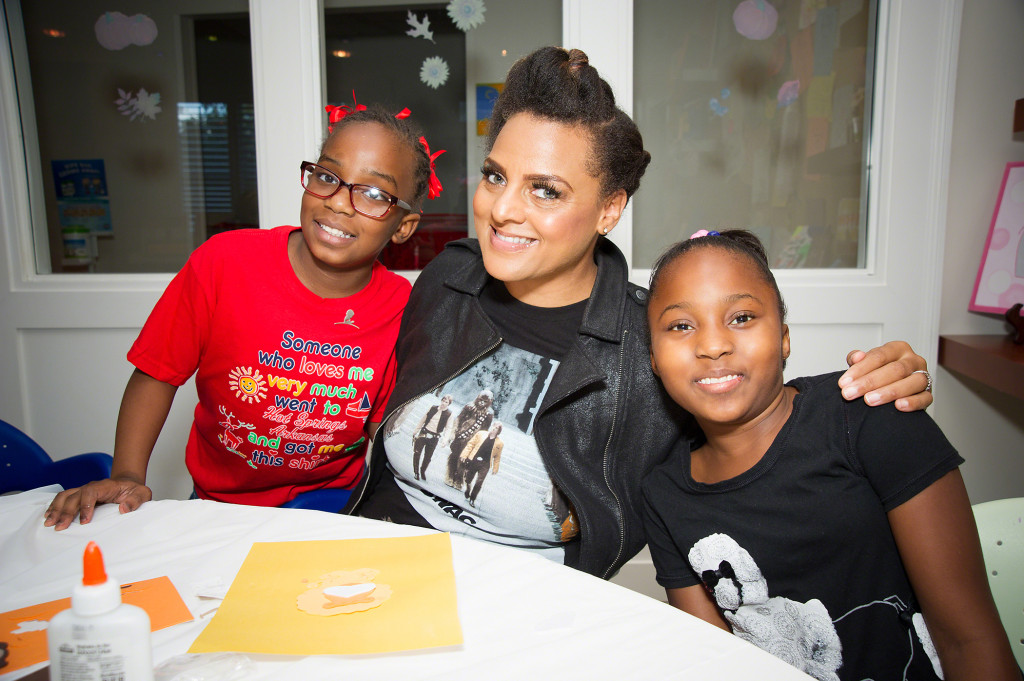 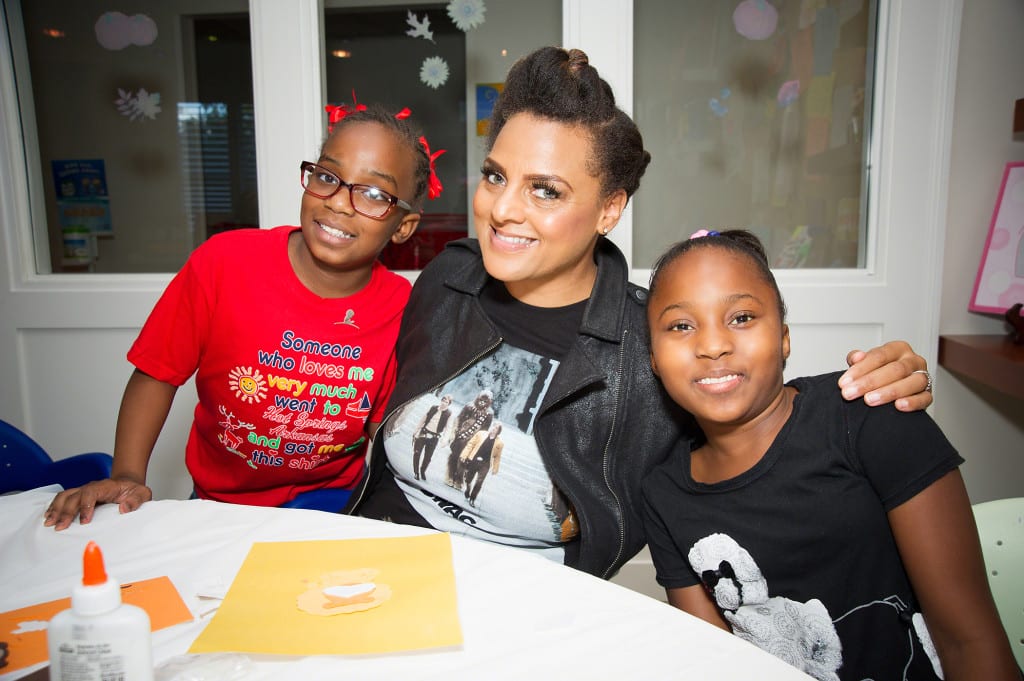 This past weekend, I had the pleasure of representing BMWK at the Celebration of Hope event at St. Jude Children’s Research Hospital in Memphis, TN. St. Jude is the global leader in finding cures and saving children from cancer, sickle cell disease and other deadly illnesses, and forty percent of their patients are African-American. This was an opportunity to tour the hospital as well as meet and speak with actual patients there. It was also a time to meet some of their top African-American supporters in radio and business, including celebrities and learn how they continue to help St. Jude with their programs. It allows for these top supporters to see first-hand the impact of their fundraising efforts.  It was truly an unforgettable and impactful experience.

Radio Cares for St. Jude Kids® is a radio fundraising event led by top supporter Radio One, Inc. that shares touching stories of St. Jude patients and families. Since 2008, the event has raised more than $15 million in cash and pledges.

These celebrities (Sheri Jones-Moffett, Pastor Jason Nelson, and Marsha Ambrosius) had the life changing experience of taking a hospital tour, chatting with some of the patients and also getting to tour the Target House, which is the home where the patients and their families stay, while undergoing treatment lasting longer than three months. 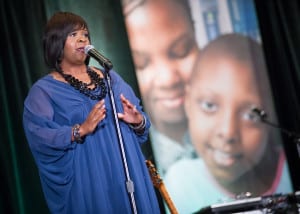 Sheri Jones-Moffett: As a featured member of two of the most beloved Gospel ensembles of the past two decades—-Donald Lawrence’s Tri-City Singers and the duo Ted & Sheri—Sheri Jones-Moffett carved a deep niche for herself in the hearts of Gospel music lovers long before the 2009 release of her solo debut, Renewed. The success of that project firmly established her as one of the great power vocalists of the contemporary Gospel age, while earning a GRAMMY® nomination.

What made you decide to get involved in this particular organization?

Sheri: I’m one who was always aware of this organization but I didn’t understand the depths of the importance of the hospital until I had a crisis of my own. My child didn’t have cancer but my child was born at 1.5 ounces. So it made me aware as to what was in my backyard, and want to stand up and use my platform to make people aware of this research hospital which is doing wonderful things. We were in a situation where we had what we thought was health insurance but it wasn’t health insurance at all, it was a medical discount plan. So we would’ve likely been stuck with a $569K hospital bill for our daughter being in the hospital. So while it wasn’t cancer, it immediately made me think of St. Jude who, if you have a child who is sick and you can’t pay, they don’t turn you away.

What is it like to have music that people listen to and use to keep themselves encouraged, inspired and motivated while going through a crises like having a child with cancer?

It’s a huge responsibility. We have to be the example of what we sing about. Sometimes you have to make a declaration before it’s a manifestation in your life. It’s important to ignite faith in other people who may not have an opportunity to get it anywhere else. 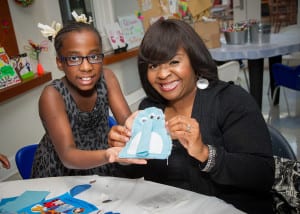 What’s the message that we can take back to our online communities in terms of the importance of supporting St.Jude?

If you have an opportunity and a platform, you have to understand what it’s for. We all have a calling and everyone is called to serve. Find yourself in a space where you’re serving other people, and St. Jude is a great place to start. And don’t get intimidated if your check isn’t $1.5 million dollars. EVERY dollar counts. It takes 1.9 million to run the hospital a day! So if I were to say anything to the online community and my peers in the gospel community, it’s to use your platform. While you have people’s attention, they are listening to your voice. If you tell them St. Jude is a good cause, they’ll believe you and want to give to a cause greater than themselves. 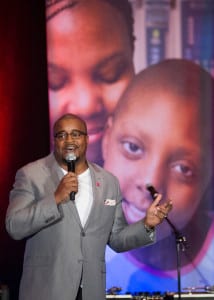 Pastor Jason Nelson: One of the most recognized voices in gospel music, Jason established his vocal status and exceptional anointing in 2005 with the release of his first solo project, “I Shall Live”. The highly anticipated “Shifting the Atmosphere” project is available in stores everywhere. Jason believes Praise and Worship is a mechanism to invite God into whatever you are going through. Everything “Shifts” when the Presence of God is manifested.

How did you get involved in working with St.Jude and what does it mean to you?

Jason: My label called me about this event and said that it would be a good fit for me. I liked what they did with my limited understanding of the hospital. When I got here and took the tour I realized I had no idea! I saw a few commercials here and there. But it really blew me away to see what their process is, and being able to talk to their researchers. They talked to us about the importance of killing the cancer cells otherwise they are immortal. So that type of information shook me and really made me understand the importance of what they do. Being able to stop that process early on with the children…they’re giving them the benefit of a real life. One patient they talked about was a four-year-old boy whose doctor had given up hope on him. But he came to St. Jude and now he’s living a full life. 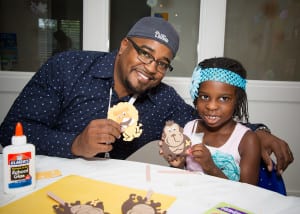 As a Pastor, what would your challenge be to other churches as it relates to getting them involved and taking a sunday out of the year where they delegate offerings to a hospital like this, such as with the Sunday of Hope program?

Jason: First of all I have to say that I just got the information for the representative in Maryland because we’re going to do this. What I would say to them is: open your heart and open your mind. When you’re dealing with Pastors, most of them think they know. For me, I would have to start that conversation letting them know that they really have no idea what this company does. You have no idea the benefit that they are giving to these people. And your donation, big or small, is going to make an impact in the lives of so many kids THIS year! It’s not something that they’ll benefit from five years down the line. This is something that they benefit from now. So I would really push them to open up their hearts. 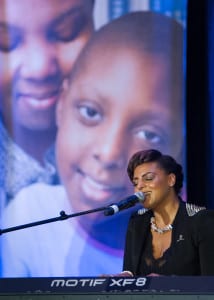 Marsha Ambrosius: Marsha Ambrosius is an English singer-songwriter. A former member of Floetry, she released her first solo album Late Nights & Early Mornings in March 2011. She is a sought after songwriter and revered platinum-selling artist.

What was your experience when you visited the Target House?

Marsha: Being that it’s a hospital, you almost want to brace yourself to mentally be impacted in a way. But walking in there, it was a family atmosphere; the staff was so comfortable and comforting so it forces you to do your part. I’m here as ‘Marsha Ambrosius my mother’s daughter from England’ who gets to share these moments because I sing a couple of songs which is cute. But I’m donating to St. Jude and have been for a while.

It impacts me because what would I do if that were my nephew, my niece or my cousin or brother? These are real families. And they are here due to the $30, not the $30K donations that people make. These are millions of people donating small portions at a time. I was completely inspired and uplifted.

Now that you’ve partnered with and have become a voice of St. Jude, what is your hope to be able to achieve as a partner? 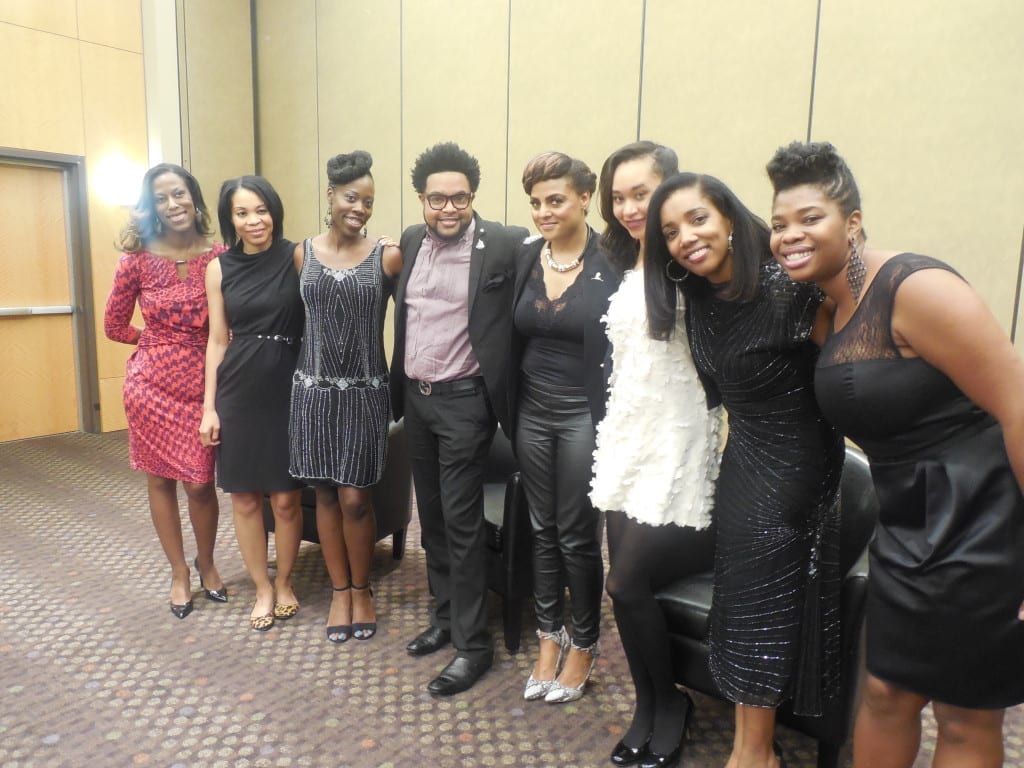 The media team after interviewing Marsha Ambrosius at St.Jude.

Marsha: For those that I can reach, I encourage them to join in this effort, it’s exactly that: just join in. There are people that are doing it everyday. It can’t just be me that feels this way, but when is it enough? I feel that I’m in a position to tell the people who are able to do just a little bit more than the average person, to do just that.

Marsha also touched very briefly on her upcoming album with Neo, saying it will be coming out “soon”. The album will feature, Neo, Charlie Wilson, Jill Scott, amongst others. About her project she says, “I want to make music that people connect to on a human level because I don’t think anyone does that anymore”. Friends & Lovers: The Morning After is the name of the album, and she performed “Without You” off of the new album during the Celebration of Hope event.

We were all impacted by the first-hand experience in visiting St. Jude Children’s Research hospital. It’s important to understand the magnitude of what they do on a daily basis. They believe that the only thing a parent should be concerned with, is getting their child healthy. This is why no patient will every receive a bill for any treatment at St. Jude…ever (even at the cost of $1.9 million to keep it running daily).

We encourage you to explore and understand the importance of what St. Jude does, and see how you can help children all over the world: Ways to Help St. Jude.

Enter your email below and grab your FREE guide on 5 tips & strategies to conquer mompreneurship , designed to help you create, implement & knock out your goals (no more hoping & wishing).
Trust me, we hate spam as much as you do. So pinky swear your info is safe here.
4 Comments
By Christine St.Vil 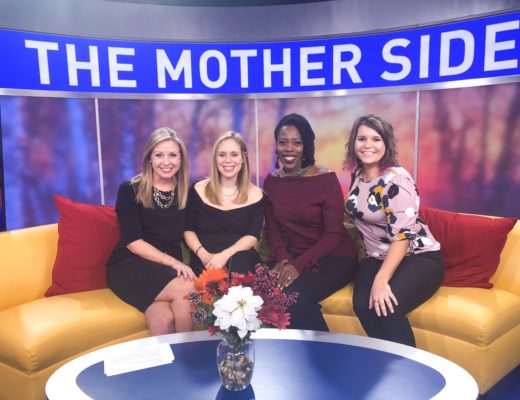 Chatting Self-Care & Teaching Kids Gratitude on The Mother Side #TheMotherSide 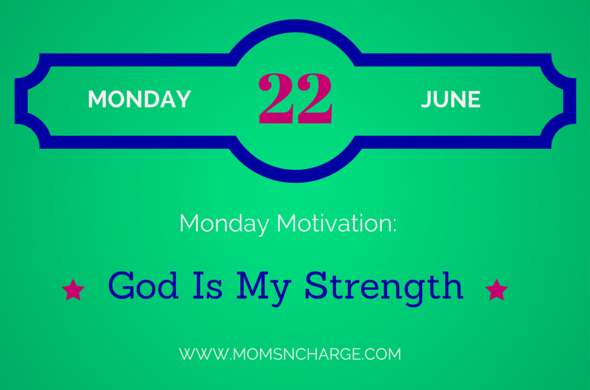 Motivational Monday: God is My Strength 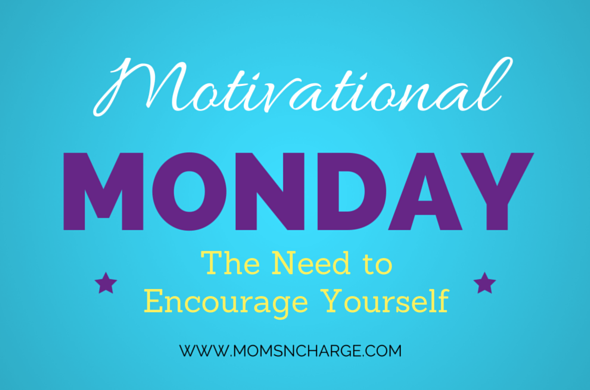 Motivational Monday: The Need To Encourage Yourself