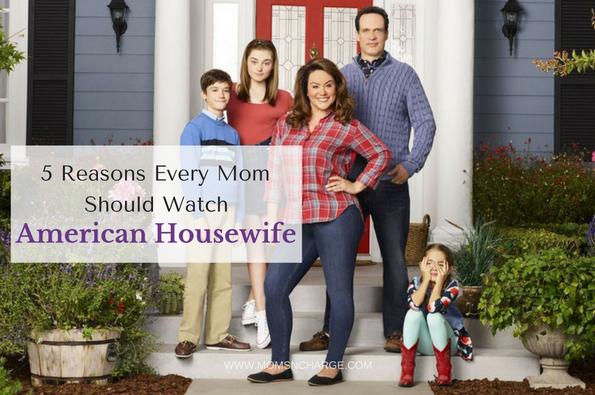 If you missed my post last week, where I shared my behind-the-scenes experience on the set of The Middle on ABC TV Network, then be sure to check it out! In that post, I also shared the entire Tuesday night lineup of hilarious shows, one of them being American Housewife. Well, just a few weeks ago, I (along with 24 other dope bloggers) got to hang out with some of the cast of American Housewife, while they were filming on location.

So before I share why every mom should definitely be tuning in every Tuesday night, I wanted to share some of my fun moments from the set. Actually, they were shooting an episode off of set so we joined them on location. They are such a fun group! 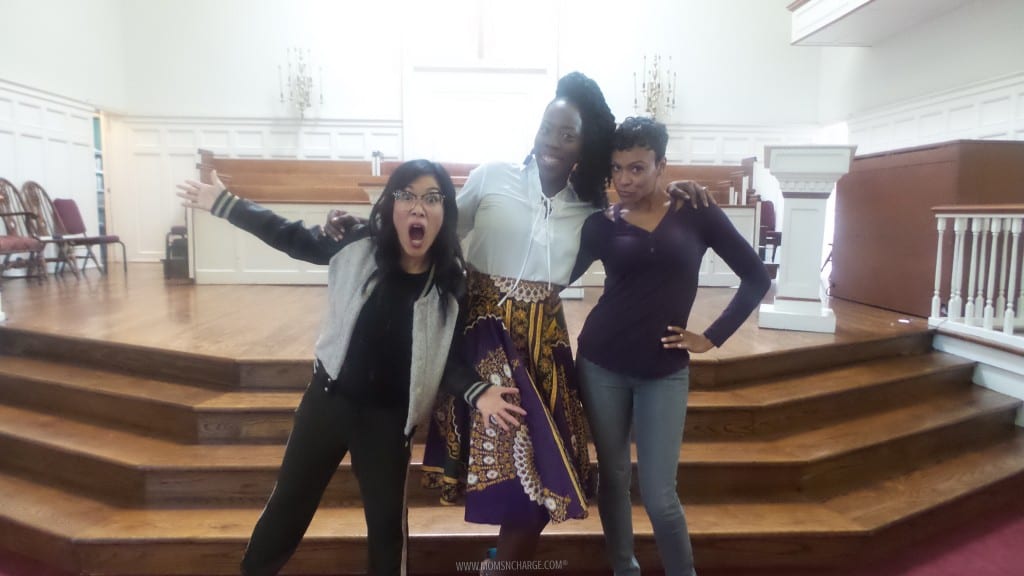 We first got to meet Ali Wong (Doris) and Carly Hughes (Angela). The pictures say it all. 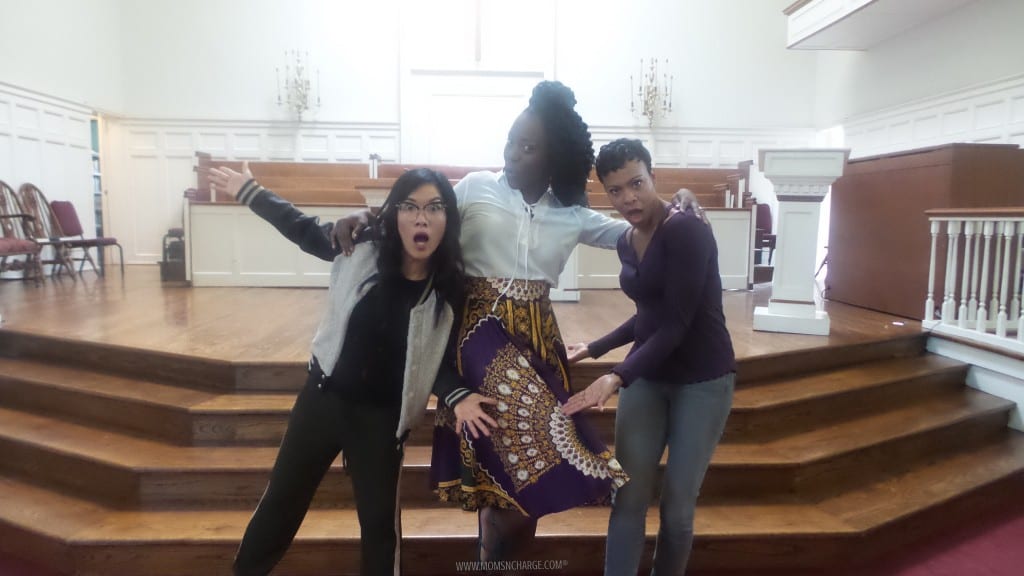 They were in love with my skirt (made by Fashion Designer Solome Katongole). 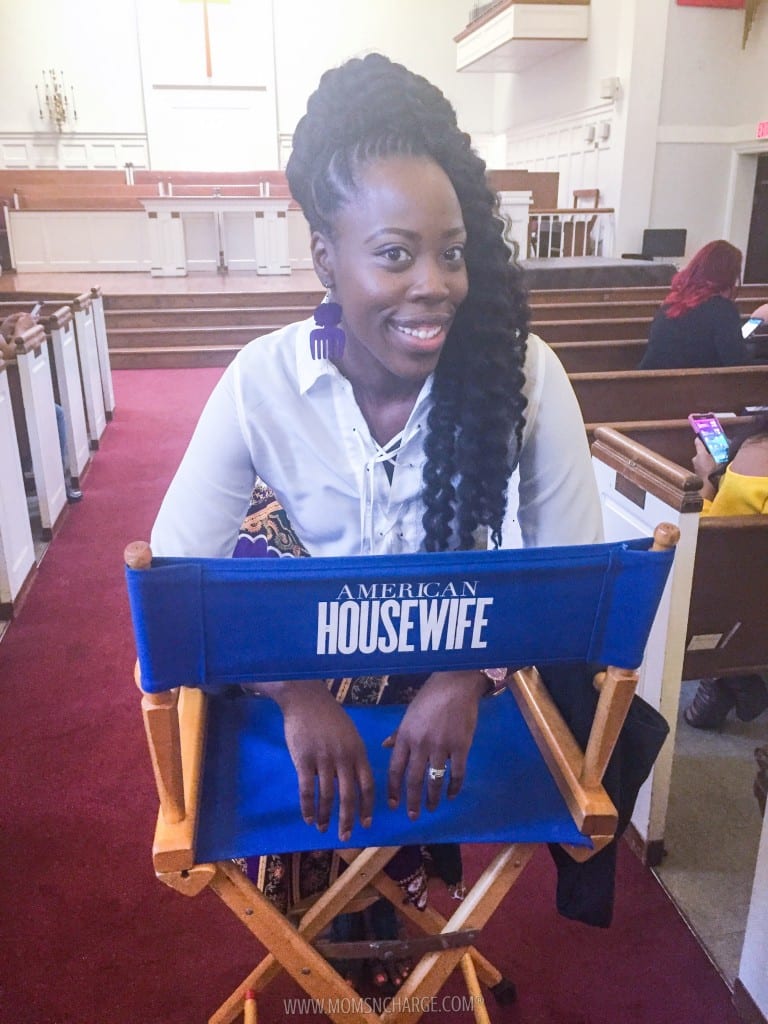 Nothing like taking a quick pic in the Director’s chair 🙂 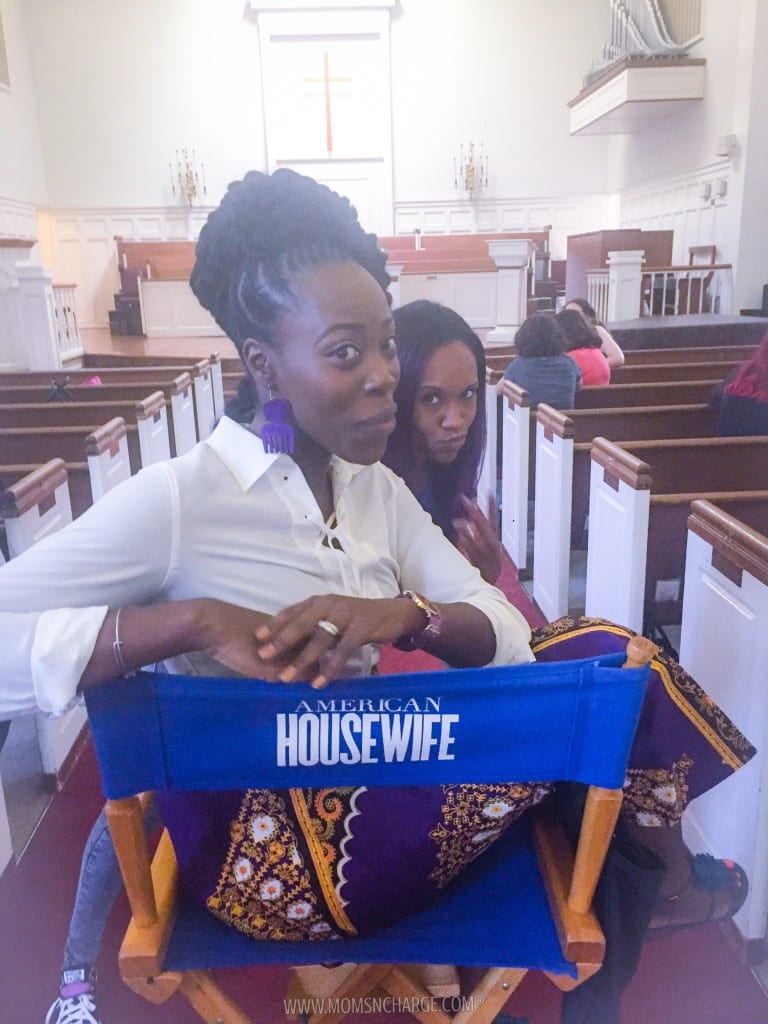 Until you get photobombed, that is…LOL Photobomb shoutout goes to Dani of OkDani.com 🙂 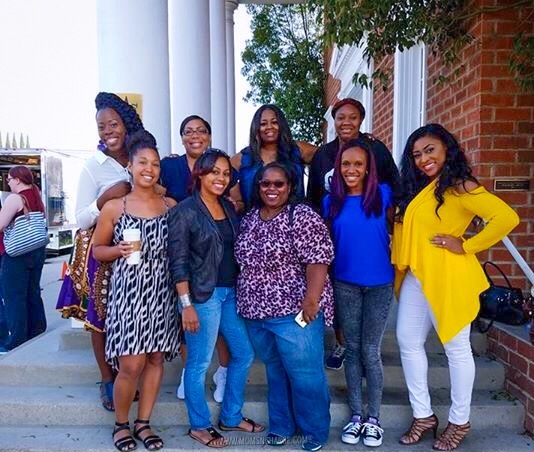 While we waited to take turns to visit the set, we did what bloggers do: we take pics. #BlackGirlBloggerMagic 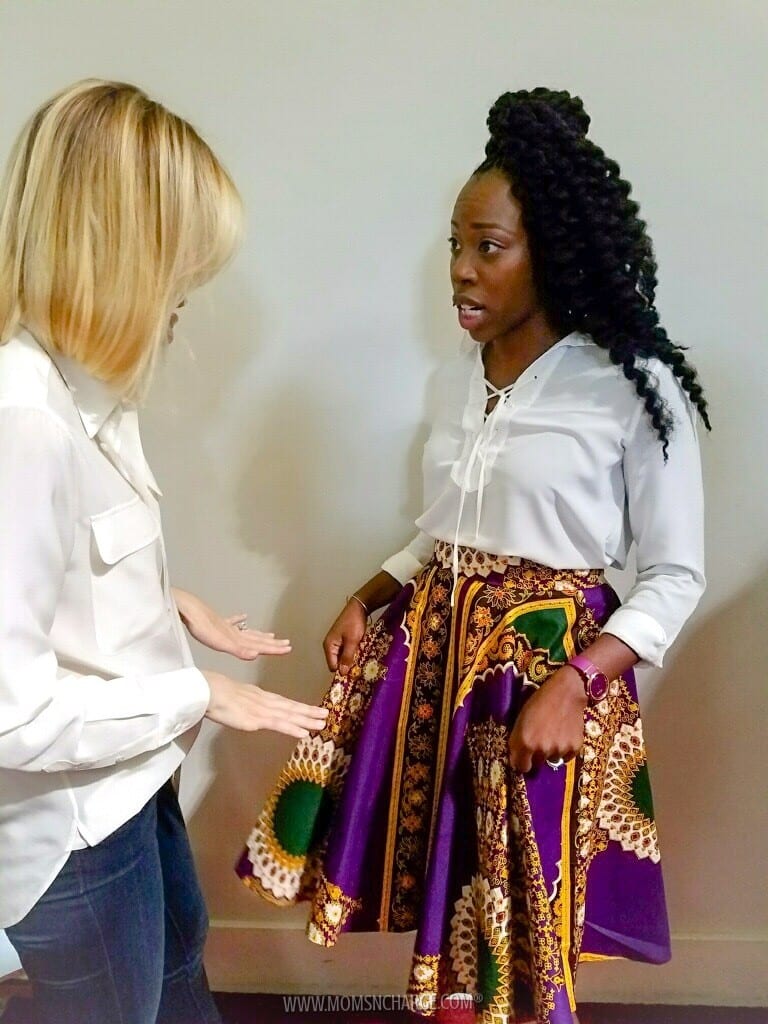 So before we took pics, I had a conversation with both Katy Mixon (Kate) and Leslie Bib (Viv). They, too were in love with my skirt. I tried to trade my skirt in for a regular role on the show. The jury is still out on that. Photo with Leslie Bib. 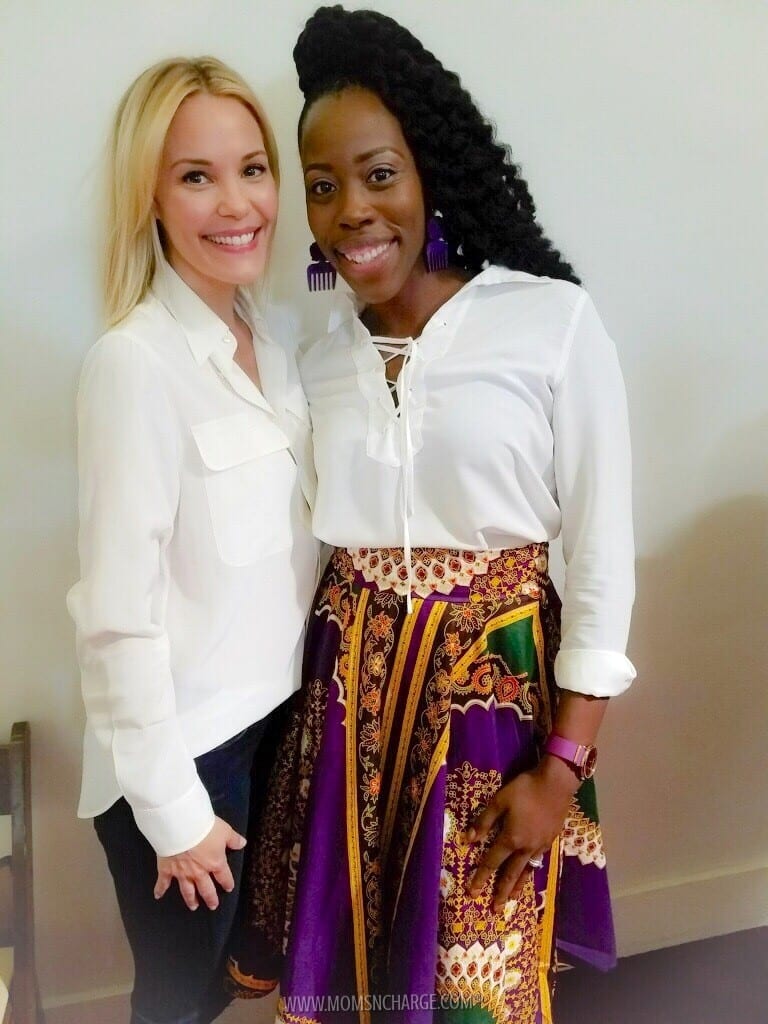 Leslie Bib (AKA “Two Fitbits” Viv) and I. 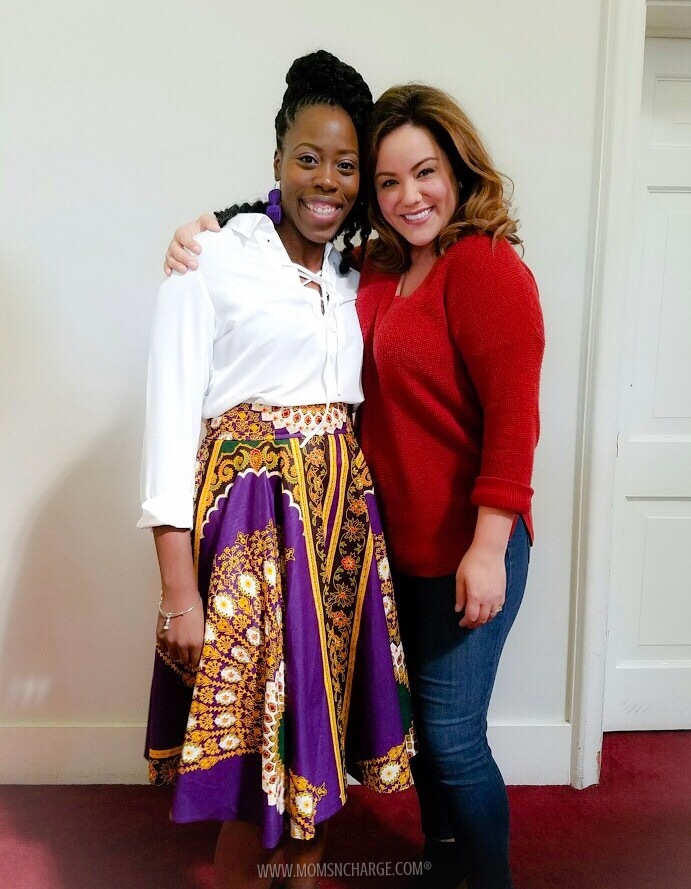 And the oh-so-fabulous Katy Mixon and I. 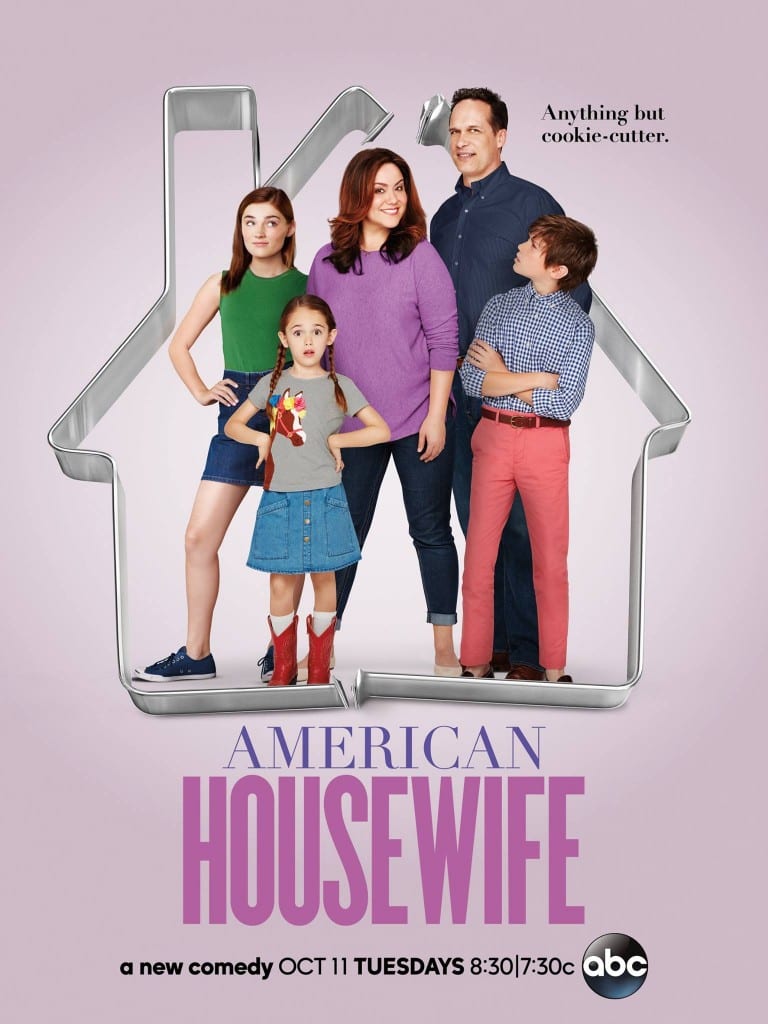 So here are 5 reasons every mom should watch American Housewife:

There’s no arguing that we as moms have the toughest jobs in raising beautiful, smart and responsible children into adulthood. I love that American Housewife doesn’t try to brush over even the small details of what real-life looks like. From meltdowns, to dealing with children that exude very different personalities, it covers it all.

2. It embraces the real side motherhood

Motherhood is not what we see in Instagram and Pinterest posts. It’s not picture-perfect. There are days you will question how you got here, and then there are days that you know without a doubt that you wouldn’t change it for the world. American Housewife embraces the many different levels of motherhood.

3. It is downright hilarious

If you are a mom, American Housewife will reinforce how great of a mom you are, no matter how bad you really think you are. You will find yourself clapping, laughing and then sighing in relief because now you know you’re not alone. Seriously: if you need a comedic break (which I’m sure you do if you’re a mom), tune into American Housewife.

4. It deals with real-life issues

Because American Housewife is so relatable, it deals with real-life issues. From body image, to prejudices, to mommy guilt, and obsessive disorders, it will speak to a very broad audience. Tonight’s episode is something I talk about so frequently here on MomsNCharge.com. I can’t give you all the deets, but I can promise you, you’ll love it.

You know those moms I talked about in reason #2? The ones that have you thinking you can follow their perfectly photographed Pinterest tutorials to make Halloween cupcakes, or costumes, or little girl dresses? Only, you end up being featured on the Pinterest Fails board instead? Well, Katy is the opposite of those moms. And I love the fact that she’s unapologetic about it. She makes you feel good about not being able to keep up with the flawless mom image. I just love her, and I know you will too.

Here is a sneak peek into tonight’s episode:

In addition to American Housewife tonight, you can get your funny on for two full straight hours. Here’s the complete line-up:

“A Tough Pill to Swallow” – When a devastated Sue discovers that she has been kicked out of college because she forgot to renew her financial aid, Mike tries to come to her rescue and convince a tough college bursar to reinstate her. Meanwhile, having only taken oral liquid medication all of his life, a frustrated Frankie does everything in her power to teach Brick how to swallow a pill when he gets an ear infection; and Hutch becomes angry with Axl after he keeps driving the Winnebago without permission to Orson to visit new girlfriend April – leaving Hutch without any means of transportation to get to class. (Check out my behind-the-scenes experience on the set of The Middle)

“The Nap” – All Katie wants is a good, long nap after the kids keep her up all night. But when Greg gets the flu, she doesn’t get a minute to herself. Her exhaustion reaches critical mass with a confrontation with the school’s officious crossing guard (guest star Kate Flannery, “The Office”), on “American Housewife,” airing TUESDAY, OCTOBER 18 (8:30-9:00 p.m. EDT), on the ABC Television Network. “American Housewife” stars Katy Mixon as Katie Otto, Diedrich Bader as Greg Otto, Meg Donnelly as Taylor (in series), Daniel DiMaggio as Oliver, Julia Butters as Anna-Kat, Carly Hughes as Angela and Ali Wong as Doris. Guest starring are Kate Flannery as Crossing Guard Nancy, Jeannette Sousa as Suzanne and Gloria Garayua as Nurse Chapel.

“Breaking Chains” – Eddie shows Emery the ropes on his first day of middle school, revealing that he convinced the teachers and staff into believing fake Chinese customs that provide special privileges at school. Meanwhile, Jessica is thoroughly offended when Louis hires a housekeeper to help lighten her load at home, on ABC’s “Fresh Off the Boat.”

Inspired by a true story, “Fresh Off the Boat” stars Randall Park as Louis, Constance Wu as Jessica, Hudson Yang as Eddie, Forrest Wheeler as Emery, Ian Chen as Evan, Lucille Soong as Grandma Huang and Chelsey Crisp as Honey.

“The Real Dates” – We step into the O’Neals’ messy dating lives as Eileen and VP Murray’s secret dating life is about to be unraveled, Kenny jumps into the world of gay dating apps but feels discouraged after not getting enough swipes to the right, and Jimmy goes too far to declare his love for Lacey. Meanwhile, Aunt Jodi meddles with Shannon’s love life after mistakenly thinking she needed her help, on “The Real O’Neals,” (Behind-the-scenes experience coming soon)

When you watch the episode, tweet and let me know what you think: @MomsNCharge using #ABCTVEvent. 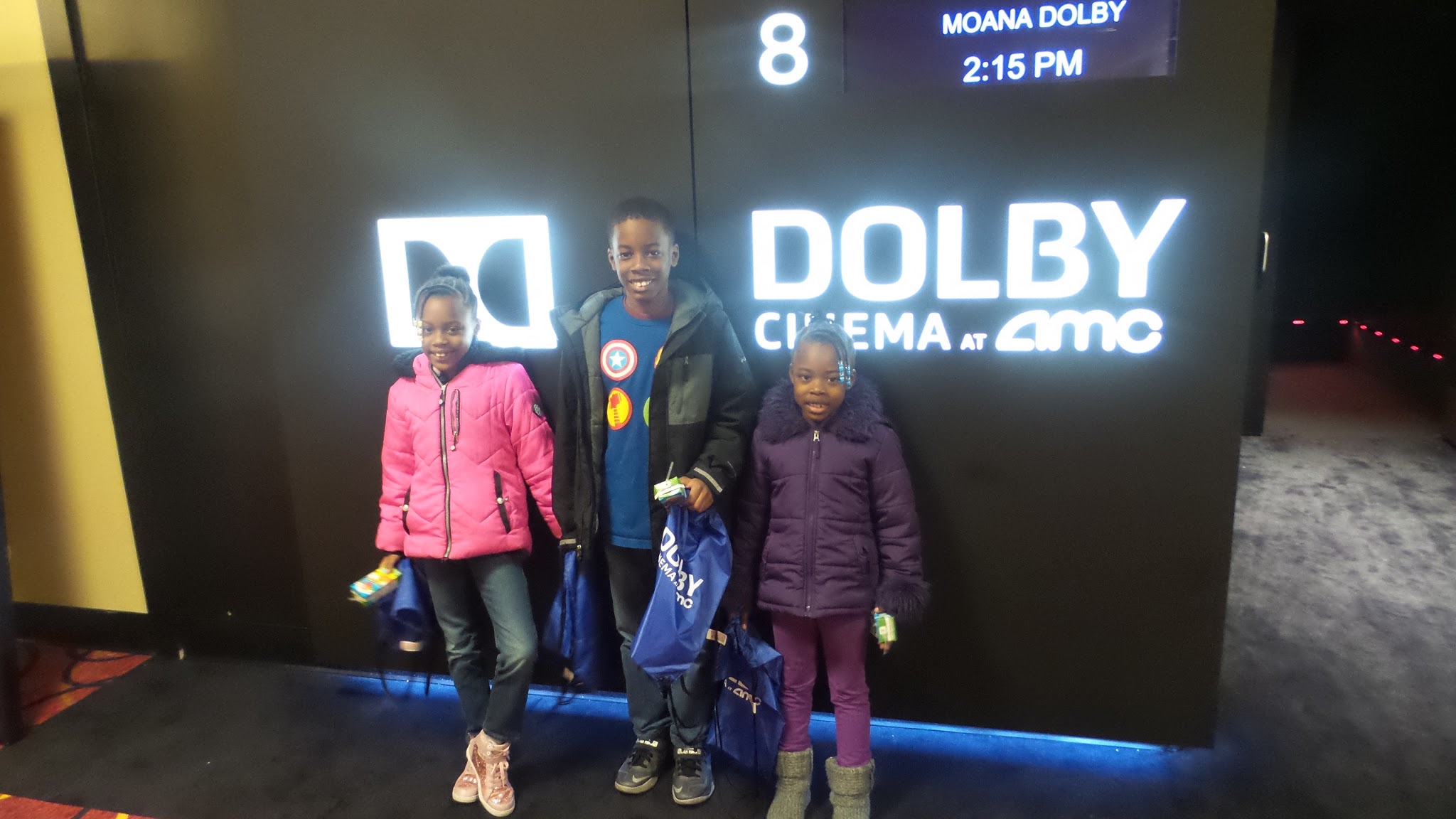 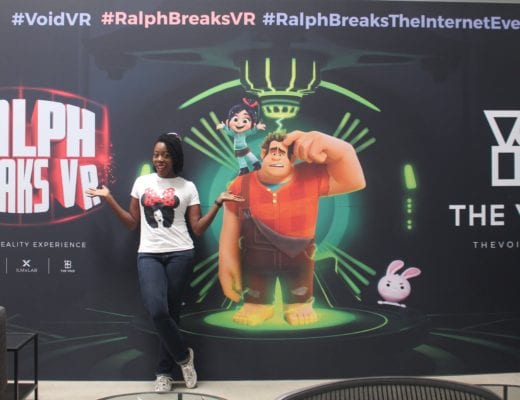